On Thursday, Aug. 27, five Idaho wineries will meet at the historic Parma Motor-Vu Drive-In northwest of Boise and pour for 90 minutes ahead of sunset. At nightfall, the Motor-Vu will begin showing Sideways – the 2004 dram-com that championed Pinot Noir, did a disservice to Merlot and went on to win the Academy Award for Best Adapted Screenplay in 2005.

Valentine’s Day often is viewed as the unofficial start to wine touring season in many parts of the Northwest. A growing number of winery associations stage Valentine celebrations during the weekends around Feb. 14.

The state’s latest AVA, _Lewis-Clark Valley, was approved in early 2016 and borders eastern Washington, who will share the designation. Grapevines were planted there in the mid-nineteenth century, but were felled by Prohibition and not revived until the 1970s. But the comeback has held a steady if contained pace. Today, there are 1,200 acres of vineyard — auspiciously, not enough to satisfy a growing thirst for Idaho wines — in which cold winters, cool nights, warm days in the summer fruiting season, and plenty of sunshine could help this Pacific Northwest state’s reputation catch up to that of its two better-known neighbors. 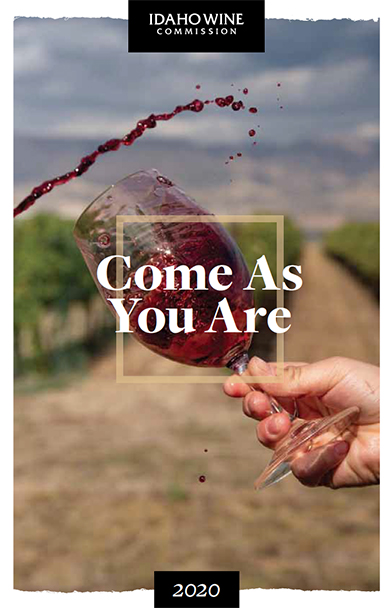